This book was an attack on Islam. The deobandi authors wrote that mawlid is celeberated only in India and they compared mawlid with hindus celeberating the birth of one of their “god”.

The two deobandi authors showed a lot of disrespect to prophet ( sal allahu alayhi wa sallam) in this book.

This book is still taught to members of the deobandi sect in their secret meetings.

The muslim population was angry by these types of statements present in this book.. The scholars of the Ahlus sunnah wal jamah objected to these blasphemous statements.

The Nawab ( landlord) of Bahawalpur Muhammad Sadiq Abbasi organised a debate in the town of Bhawalpur in the year 1306 AH/ 1888 CE.

Shaykh al mashaykh Shah Ghulam Farid (rh) was made the Judge of the debate as he was accepted and respected by both the parties.

Result of the debate

Maulvi Khaleel Ambethvi was decalred zila badar ( was not allowed to stay and enter in the district of Bhawalpur ) for his anti islamic evil belief.

The whole debate has been published in the form of a book “Taqdees al-Wakeel ‘an Tauheen al-Rasheed wa al-Khalil”. ( Urdu)

A note about two deobandi debators

He had weird belief . He writes:

He wrote many blasphemous statement regarding prophet ( sal allahu alayhi wa sallam). One such statement has been mentioned above.

During his debate at Bhawalpur, he was propogating the deobandi belief that Allah can lie .( may Allah save all the muslims from this evil belief . Ameen)

His main argument was that since human beings can lie , so Allah must have power to lie!

He also said that Allah has power to steal ,drink ( sharab khori), ignorant ( juhal) and attrocity ( zulm), otherwise human beings will have more things under their power than Allah. 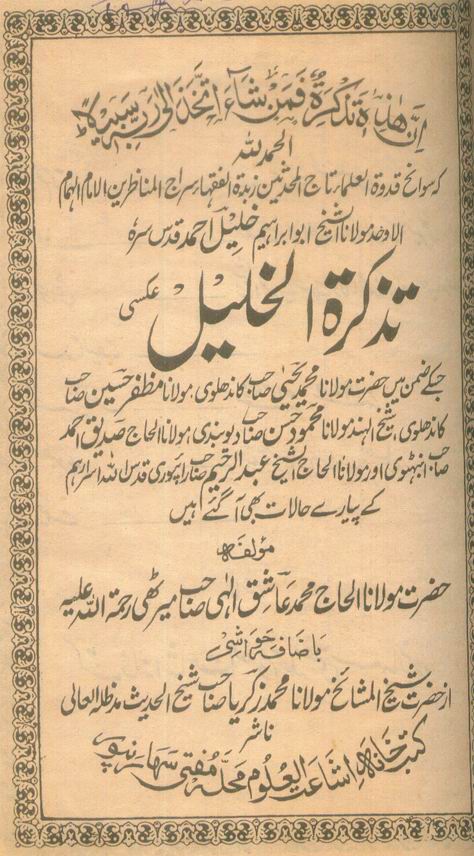 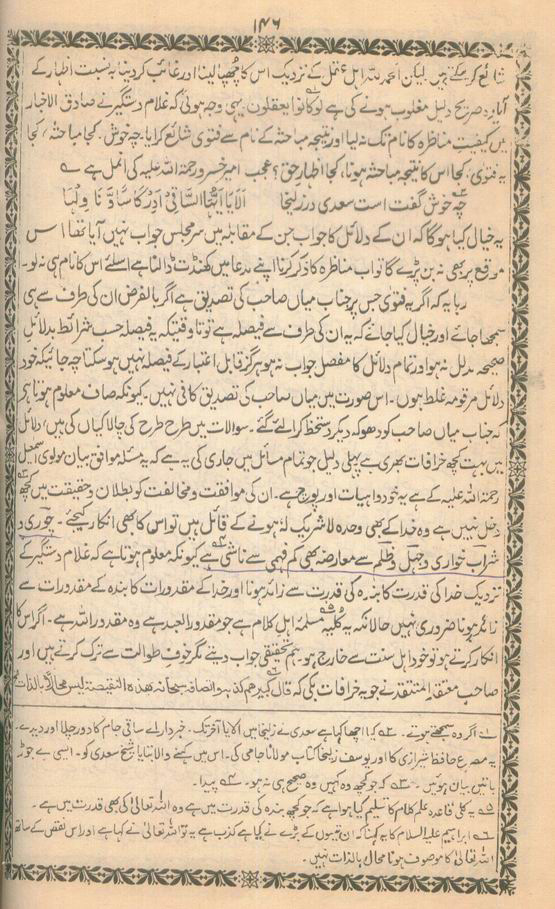 Please note , this stupid and evil belief was first prpogated by Maulvi Ismai’l Dehlawi who was the founder of Wahabbism in the Indian subcontinent.

“ if you say it is impossible for Allah to have power over lie , then human beings will be more powerful than Allah, because human beings can lie”

These scans are provided so that muslims can know about this dangerous sect and stay away from this sect.

Also note , these deobandis often lie by telling that it is a part of Ashari aqida that Allah can lie.

Please note, none of the Ashari Imam of aqida ever said this. Morever, deobandis claim to follow Maturidi school of thought.

Hakeem al Islam” of Deobandis, Qari Tayyab was a former principal of Darul uloom Deoband. He was the grand son of Qasim Nanotvi.

Qari Tayyab has wriiten a book ” Ulama e deoband ka deeni rukh aur maslaaki mizaaj” .[ The method and path schloars of Deoband], in which he has clearly mentioned that deobandis follow maturidi school of Aqidah.
[ page 91]

“5- DIALECTICAL MATURIDIISM: That is, as regards beliefs, the sustentation of the power of certitude and the stability of true beliefs with right thinking in accordonce to the laws and principles determined and codified through the method of the Ahlus Sunnat wal-Jama’at and the Asha’ira and the Matureedia; for without it escape from the doubts cast by the tergiversators and the conjectural innovations, superstitions and skepticism of the false sects is not possible. It is evident that this branch is connected with faith (iman). “