Deobandis are known for making accusations on scholars of Ahlus sunnah wal jamah.

In one such accusation , a deobandi said that the great scholar ofIslam, the mujaddid of the lastcentury Imam Ahmed Raza Khan [rd] wrotethat on the night of Meraj , shaykh Abdul Qadir Gilani [Rd] gave shoulder support to prophet [ sal allahu alayhi wa sallam].

This accusation was refutedand it was shown that Imam Ahmed Raza Khan [rd] called this story as’ without reference”.

But these deobandis do not know that the hakimul ummat of Deobandis Shaykh Ashraf Ali Thanvee wrote in his book shamaiam Imdadiya( page 70) that on the night of meraj Imam Ghazli [rd]y met prophet ( sal allahu alayhi wa sallam) . Shaykh Ahsraf Ali thanvi also writes that Imam Ghazali had an argument with Musaalayhis salam on that nightand as a result of this argumentMusa alayhis salam did not have any reply so finally prophet ( sal allahu alayhi wa sallam) had to intervene and remind Imam Ghazali about” manners”!

Please note these are the same wahabiswho speak badly about Tafsir Ruh ul bayaan and use bad languagefor scholars of Ahlus sunnah like Imam Ahmed Dahalan al Shafi (rh), who was the chief mufti of Makkah al munawwara.

See the scans from Deobandi book 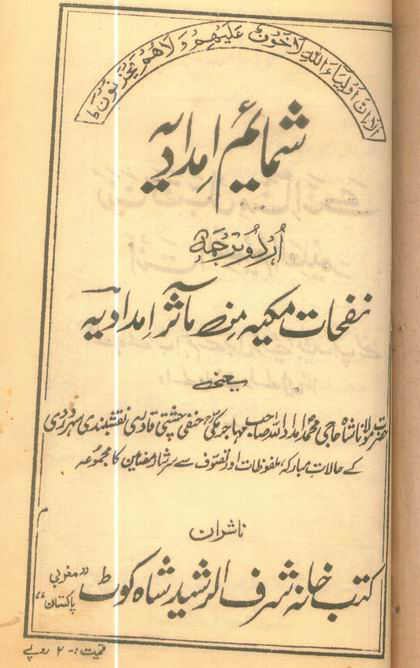 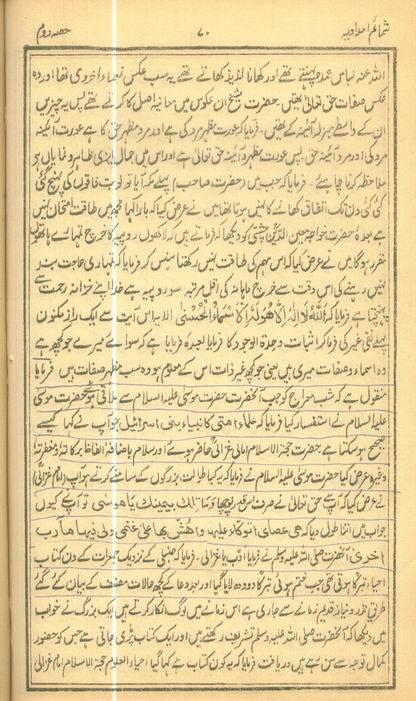 May Allah protect this ummah from the enemies of Islam . Ameen