In another work with the name “ Haarikul Asrar “ which used to come as a supplement along with Taqwiyatul Iman it is written that to read and write marsiyah is the work of Majoosi ( fire worshipper).

Strangely the ruling that “ marsiyah” is not allowed , became valid ! This was published fom deoband , not once but many times.

The “Sheikh-ul-Hind” of the Deoband, Janab Mahmood-ul-Hasan, sought remedies for all his needs from the Imam of Deobandis , Rasheed Ahmad Gangohi Sahib. He says:

” To whom shall I now turn for the redress of my needs!
The redresser of all my physical and spiritual needs is now gone. “

“Ghaus” means one who redresses one’s grievances. And Mahmood-ul-Hasan Sahib addresses Gangohi Sahib not only as “Ghaus” but as “Ghaus-e-A’zam”. Just see.

“He is the second Junaid and Shiblee and Abu Mas’ood Ansari,
He is the Rasheed-e-Millat-o-Deen, the Ghaus-e-A’zam, the Qutb-e-Rabbani”.

Mahmood-ul-Hasan Sahib declared Gangohi Sahib to be not only all these things, but also as “Murrabiye-Khalaaiq”, “Maseehaa-i-Zamaan, Qaseem-i-Faiz-e-Yazdaah, the equal of the founder of Islam, host to all creations, Muhyud Deen Jeelaani, the fountainhead of all beneficence, without any parallel, the object of veneration and reverence in this world and in the next, the light through and through, and Allah alone knows what else besides. In the compendium of his poetical works, he says:

“My guides, my teachers, for me the be-all and end-all,
You are my masters, my patrons and my princes.
Rasheed and Qaasim-i-Kairaat, both are venerated teachers

We sent these original lines to different Deobandi Mufti asking them whether these type of statements constitute kufr or not. We did not tell them that these lines are from their own scholar.

The deobandi muftis were United that all thes statements constitute KUFR.

So the deobandi scholars have done takfir upon their own sheikhul Hind, Mawalan Mahmoodul Hasan, 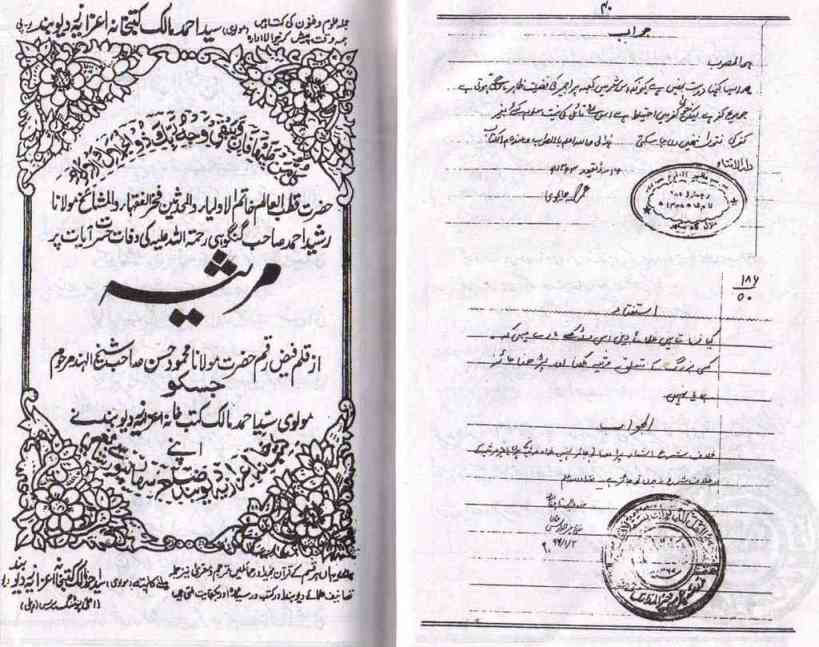 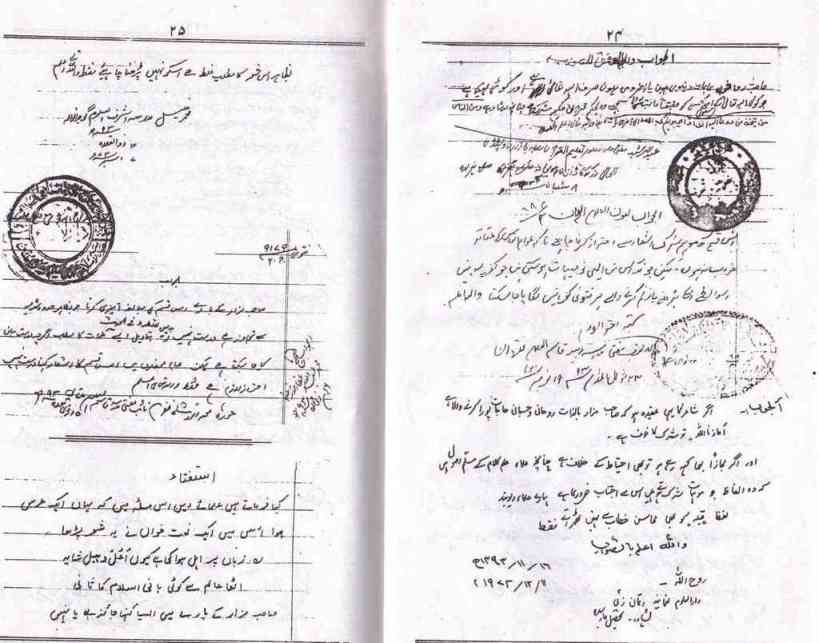