“All my forefathers and teachers belonged to Naqshbandi Tariqa, although they had ijaza (permission) in the other [sufi] salasil as well. Here I have mentioned the special khtam of tariqa mujaddidiya .My deceased father belonged to the Naqshbandi Tariqa and Qadi Shawkani was also a Naqshbandi. And the family members of Shah Waliullah muhaddith and Mirza Mazhar Jan e Jana also belonged to this [naqshbandi] tariqa. Shah Abdul Aziz muhaddith has narrated that one of the most effective and tested method of removing all difficulty reported from the mashaykh of this [naqshbandi] silsila is the recitation of khatm e khawjgan. ….. This has to be recited on some sweet [sheerni] and its reward should be donated to the mashaykh of naqshbandi tariqa and then this sweet should be distributed [among the people].”

“This khatm is tested and tried method for fulfilling all needs and removing all difficulties….. Mirza [mazhar e Jan e Jana] sahab wrote it to Qadi Thanaulla that [recitation of] khatm e khawjgan and khatm e Mujaddidiya should be made compulsory after the daily gathering in the morning..”

2. Shaykh Gibril writes: In his biographical compendium al-Badr al-Tali` bi-Mahasin man Ba`d al-Qarn al-Sabi` (1998 Fikr ed. p. 412) in the entry devoted to al-Sayyid `Abd al-Wahhab ibn Muhammad Shakir ibn `Abd al-Wahhab al-Mawsili, al-Shawkani mentions that the aforementioned Shaykh “came to us in San`a in the year 1234 (1819ce) and I frequented him heavily… and I took from him the Dhikr according to the Naqshbandi Tariqa.”

A humble request to all Pseudo Salafi (Wahabbis)

Since donating reward to the deceased, reciting Qur’an on sweet and distributing, conducting special dhikr gathering, calling these recitations with names like khatm e khawjgan, khatm e mujaddidiya, khatm e qadriya etc, all these acts are shirk and bid’a in the Wahabbi (salafi) religion, please issue the fatwa (verdict) of bidati (innovator) and mushrik upon your leader Nawab Siddiq Hasan Khan.

Once you pseudo salafis have issued this fatwa then please start a campaign to demolish the solid grave of Nawab Siddiq Hasan Khan. 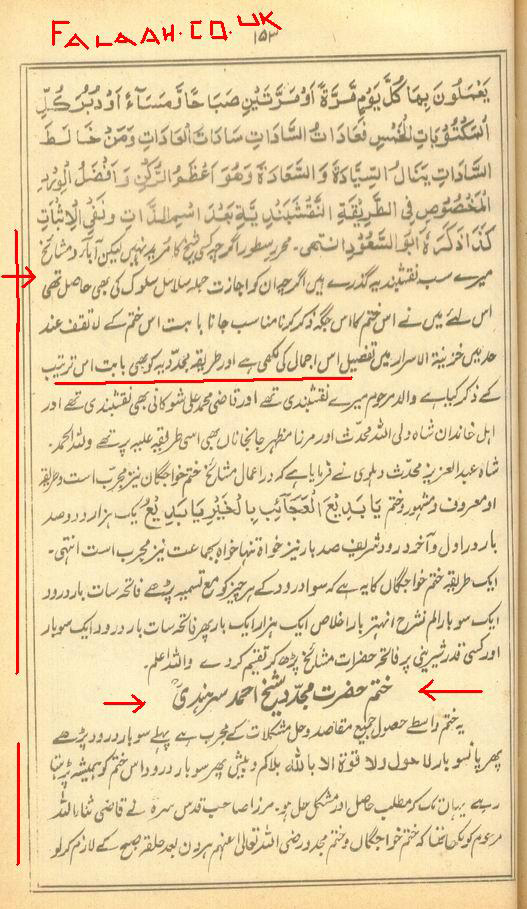