The Dead body of Pharaoh

This is the closest picture taken of Pharaoh Ramesses II

When Francisco Mitra became the president of France in 1981, France requested the Egyptian government to host the mummy of Pharaoh for the purpose of running laboratory and archaeological examinations on the mummy of the most notorious dictator ever lived on earth.

Upon arrival royal attendants were there including the French president himself and all ministers who bowed in honour for the mummy.

When the ceremony ended, the mummy was carried to a specially-designed section at the Archaeology Centre of France.

It was tested by the greatest French archaeologist and anatomical scientists in order to discover more about such a great mummy.

The scientists were headed by Professor Maurice Bucaille. 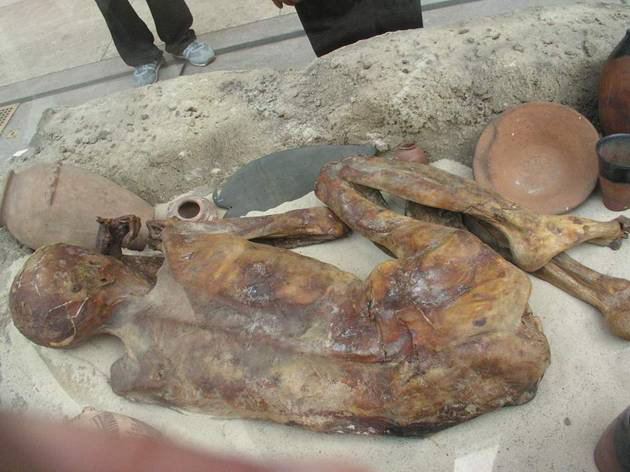 Scientists were trying to restore the mummy while Professor Maurice was mainly concerned with how did this mummy die!

The final report of the scientists was released late at night which stated that the remaining salt in the mummy is an overt evidence that it was drawn in the sea, and the body was rescued very shortly where it was immediately embalmed to be saved.

An amazing thing was still confusing Professor Maurice is that how could this body possibly be safer than any other mummy despite being taken out of the sea up until this time.

Professor Maurice was writing his final report on what he thought would be a new discovery about saving Pharaoh’s body immediately after his death and embalming it.

And there, someone whispered to him that Muslims claim to know something about the drowning of this mummy.

Yet the Professor firmly denied such thing saying that it’s impossible to discover this without the development of science and without using his high-tech and complicated laboratories and computers.

To his surprise, he was told that Muslims believe in a book called “Quran” and this Quran narrates the story of Pharaoh’s drowning and ensures the safety of his body after his death as to be a Sign to mankind. The Professor couldn’t believe his own ears and started to wonder:

How can that be possible while the ancient Egyptian heritage was discovered only a few decades ago and no one knew about it before??!! 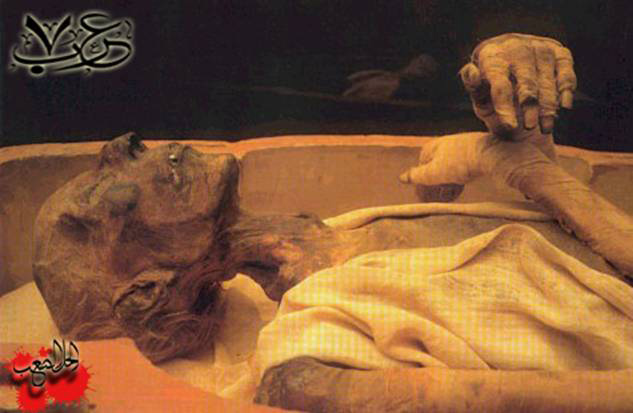 The Professor sat down pondering on what he was told, about the book of Muslims while his Holy Book narrates only the drowning of Pharaoh without saying anything about his body.

“Is it possible that this mummy in front of me is the one who was chasing Moses??!!”

The Professor couldn’t sleep that night till they brought him the Old Testament where he read: “the sea drowned Pharaoh and his army, no one else was left alive” He was surprised that the Holy Book didn’t mention about the destiny of the body and that it will be saved.

When the scientists were done with the mummy, France retuned it to Egypt, but Professor Maurice couldn’t rest for a moment since he was told that Muslims know about the safety of the body. So, he decided to travel and meet Muslim scientists and there he spoke about his discovery of the safety of the mummy after its death in the sea and so on.

One of the Muslim scientists stood up and simply opened the Quran and pointed to the Professor at one verse:

“This day shall We save you in your body, that you may be a Sign to those who come after you! But verily, many among mankind are neglectful of Our Signs”

The Professor was struck when he read that and immediately stood in front of the crowd and said loudly: “I believe in Islam, I believe in Quran”.

Then he went back to France with a different face he travelled with.

In France, he dedicated 10 years investigating the scientific discoveries and comparing them with the Quran and trying to come up with one scientific contradiction with the Quran. Finally he quoted one verse from the Quran to be his conclusion:

“No falsehood can approach it (this book) from before or behind it: it is sent down by One Full of Wisdom, Worthy of all praise”

As a result of all years of his research, Professor Maurice wrote a book that shook all Europe, especially the scientists there.

“Quran, Torah, Bible and Science: A Study of the Holy Books in the Light of Modern Science”

All copies were sold out at a very short time.

When you visit the Cairo Museum where the mummy is preserved and there you get astonished at the scenery of thousands of people from all over the world visiting the place every day, unfortunately, many of the tourists there would think: “Wow, look at that! Amazing!! So nice to see people of all times!! Without realizing the intended lessons that Allah has kept this body a Sign to all mankind of anyone who denies Allah and His messengers.

In another chapter in the Quran:

“When Moses came to them with Our clear Signs, they said: This is nothing but sorcery faked up: never did we hear the like among our fathers of old!

Moses said: “My Lord knows best who it is that comes with guidance from Him and whose end will be best in the Hereafter: certain it is that the wrong-doers will not prosper.

“Pharaoh said: “O Chiefs! No god do I know for you but myself: therefore, O Haman! Light me a (kiln to bake bricks) out of clay, and build me a lofty palace, that I may mount up to the god of Moses: but as far as I am concerned, I think (Moses) is a lair!”

And he was arrogant and insolent in the land, beyond reason, – he and his hosts: they thought they would not have to return to Us!

So We seized his and his hosts, and We flung them into the sea: now behold what was the end of those who did wrong!

And We made them (but) leaders inviting to the Fire; and on the Day of Judgment no help shall they find.

In this world We made a curse to follow them: and on the Day of Judgment they will be among the loathed (and despised).”

“Has not the time arrived for the Believers that their hearts in all humility should engage in the remembrance of Allah and the Truth which has been revealed to them, and that they should not become like those to whom was given Revelation a foretime, but long ages passed over them and their hearts grew hard? For many among them are rebellious transgressors.

Know you (all) that Allah gives life to the earth after its death! Already have We shown the Signs plainly to you, that you may learn wisdom.

For those who give in charity, men and women, and loan to Allah a Beatiful Loan, it shall be increased manifold (to their credits), and they shall have (besides) a liberal reward.

And those who believe in Allah and His messengers- they are the Sincere (lovers of Truth), and the Witnesses (who testify), in the eyes of their Lord: they shall have their Reward and their Light.

“But those who reject Allah and deny Our Signs, they are the companions of Hell-Fire.”